“Malnutrition is one of the world’s greatest health challenges, but the humble legume could hold the key” 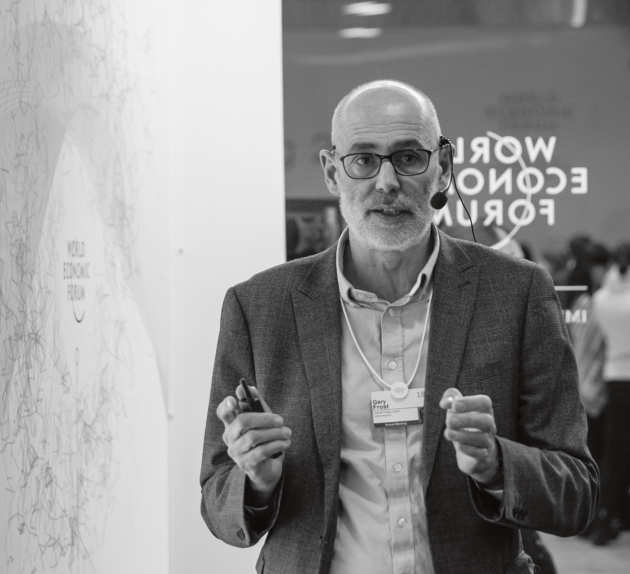 When populations eat too much, and become obese, that’s a big problem. When they can’t eat enough, and suffer from malnutrition, that’s also a big problem. Yet these two issues don’t exist in isolation from each other: many low to middle-income countries are now carrying this double burden of both over- and under-nutrition. Professor Gary Frost, Chair in Nutrition and Dietetics and head of the Nutrition and Food Network, believes there could be a food-based solution.

That solution is urgently needed. People who are overweight or obese are more likely to develop Type 2 diabetes: a recent study in the journal Diabetes pointed out that the condition has now “attained the status of a global pandemic”. A 2016 Lancet study estimated that the cost of treating all diabetes worldwide is $825bn annually. The costs of malnutrition, both human and financial, are just as staggering. The World Health Organisation says that around 45 per cent of child deaths globally are linked to undernutrition, while at the same time, rates of childhood overweight and obesity are rising. It calls the problem “one of the greatest global health challenges”.

Frost believes the key could lie with the humble legume – peas and beans – as they have double benefits. At the recent World Economic Forum in Davos, Frost presented a pilot study in Kenya that showed, for the first time, that feeding legumes to malnourished children improved their gut microbiota, essential for good gut health. The legumes could also reduce the risk of sepsis in undernourished children. And they could help those who overeat, too. “Legumes potentially also have effects on appetite regulation,” explains Frost. “They suppress appetite when they are eaten in large amounts.”

A SYSTEM OF FOODS

The concept, says Frost, is to create one product to help solve these two very different but symbiotic problems. “Or it could be a system of foods that can be grown in local communities, which impact both over- and undernutrition. We have a long way to go, but we hope that in a number of years’ time we will have some kind of methodology that can be put into local communities, and policy can be written around it. This would encourage local populations to grow and eat legumes, to reduce the impact of these very costly conditions.”

Real-world application is key in Frost’s research: the science is one thing but translating that to vastly different cultures and conditions is quite another. “If you are dealing with food, you need to understand how that food can be grown in different communities and different settings,” says Frost. “We are working with experts at the John Innes Centre to help us understand what crops will deliver the functionality that we want. We are also working with Dr Lesley Drake at the School of Public Health. She is director of the Partnership for Child Development, whose aim is to set up policy and education systems with low- to middle-income countries, and she is helping us with the question of how you drive this into local environments, to make a difference.”

The work, says Frost, is just beginning. “There are massive unknowns around this area. We don’t even have a methodology that gives us reliable data on what people eat in their home environment, for example, but we are working on that, too. We have a great opportunity here.”

Professor Gary Frost presented his findings, “Food solution to the double burden of malnutrition”, to global leaders at the World Economic Forum at Davos in January 2018.