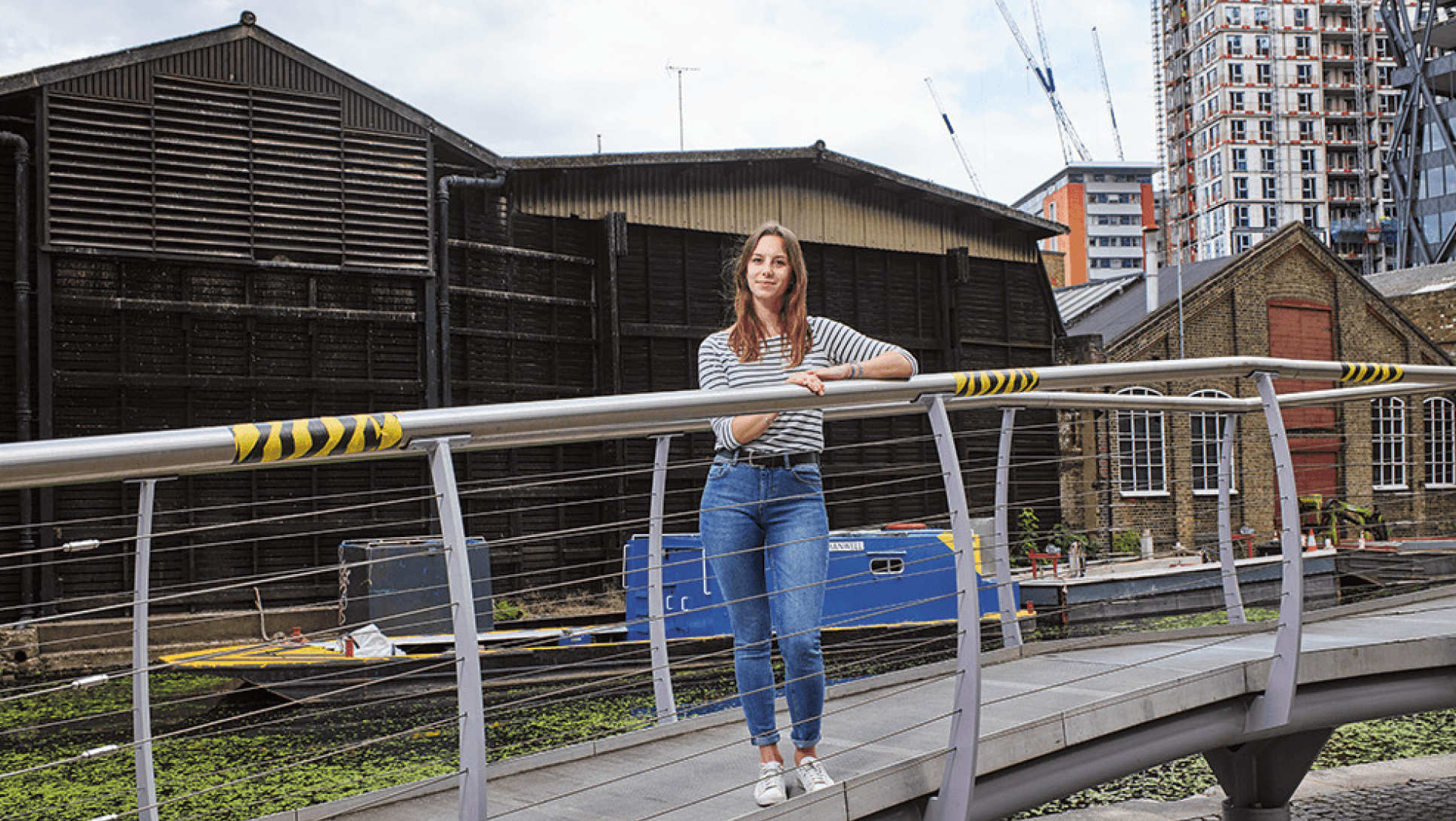 I like to be surprised by places, and the Paddington canal basin never disappoints. It’s a beautiful, relaxing place, but there’s always something new going on and things to discover. During the FIFA World Cup, I watched some of the matches on the big screen outside. And I’ve just heard there’s a weekly farmers’ market. They don’t really advertise these things, you tend to discover them by word of mouth. That might sound inconvenient when everything is usually online, but I like it.

I discovered the area when I was flat-hunting before I came to Imperial, and I’ve got lovely memories of coming here at lunchtime or after class with the friends I’ve made on my Master’s, especially on sunny days when we could sit outside. It has a really lively atmosphere and makes such a change from being indoors like we normally are.

It’s a quick walk from the St Mary’s Hospital Campus, which is quite small and remote, so it’s fantastic that we’ve built such a close community there, not just with the students but the staff as well. The friends I’ve met have made this year so special, and it’s been the perfect place to escape from the daily coursework. We had a lot of classes together over the first two terms, so we would go there for lunch or after class. During the summer term, we mostly don’t have classes but we still go there for lunch if we are on campus during the day or sometimes in the evening – it’s a nice place to relax and catch up.

I was doing research at the World Health Organisation (WHO) archives in Geneva a few weeks ago, which was really interesting – my dissertation is about malaria elimination. I’m hoping to do a PhD next but, ultimately, I’d love to work somewhere like Médecins Sans Frontières or the WHO. Geneva is quite a quaint city, full of lovely places like the basin, but it’s more of a surprise to find something like this in a bustling city like London. It’s tucked away – more a winding path than a definite street – and not really that well known, but that’s just how I like it!