Ice hockey demands long hours and late nights – but when it comes to team spirit, it can’t be beaten. 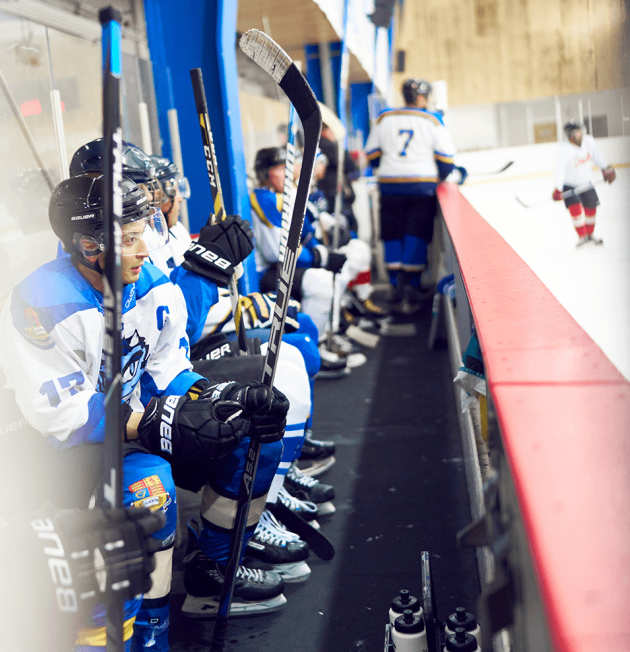 So, you want to play ice hockey – but can’t skate? That didn’t put off Parth Khullar (MSci Physics 2018), last year’s Imperial Devils ice hockey club president. “I’d watched the Sochi Games on TV and thought the ice hockey looked amazing. The minute I arrived, I signed up for the club and then I just went for it.” That meant long hours down at Queensway ice rink, often late at night when rink hire is cheaper – and watching a lot of YouTube.

The club can’t afford a coach, so beginners rely on the more experienced players to teach them their stick and puck work, but learning to skate is down to them. ‘A’ team player Ben Lakey, who is taking his Master’s in Biochemical Engineering, grew up in Edmonton, Canada, and was “practically skating before I could walk. But the new players will be down the rink at 11.30 on a Monday night. Their level of dedication is crazy.”

Lakey appreciates the team spirit, brought home to him recently after the Humboldt Broncos were involved in a fatal coach crash in Saskatchewan. “Four of the players were from my city. Parth and others organised a fundraiser; they didn’t know the Humboldt Broncos, but they shared their passion for the sport.”

That passion has not dimmed for recently qualified doctor Trent Allen (Medicine 2018), a member of the Devils for six years. “My parents are Canadians and taught me to skate, but I played field hockey at school. When I started at Imperial, I didn’t know whether to play field or ice hockey. I went for the ice and never looked back. I love the finesse and physicality of the game. The highlight of every year is our varsity match against the UCL Yetis, though I missed my first chance to play in it three years ago because I had broken my leg, embarrassingly, in the warm-up of a practice session.”

Everyone gains their place on merit and, as Khullar says, “it’s a long learning curve and the spectrum of ability in the society is enormous. Ice hockey demands a unique set of skills and everything happens so much faster.” That is what Lakey loves about the game – “it’s quickfire, you come off the bench on to the ice with a full head of steam”.  At 6ft 4ins and “quite heavy”, he is aware that his team members “like having me around – they reckon the other team are less likely to run into them when I am in the way”.

Size helps, although a mixed team means that women get the chance to shine. “The most beautiful move I’ve ever seen was a full-on, old-fashioned hip check by one girl on another at Nationals,” says Allen. “She turned her opposite number upside down.” 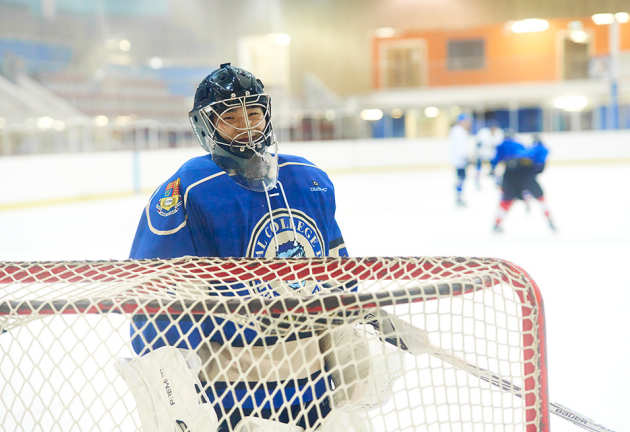 All three players agree practice is the key. “Skating is 80 per cent of ice hockey – it doesn’t matter how good your stick and puck work is, the faster skater on the rink will still beat you if you can’t skate,” says Allen. New society members can expect to spend long hours at the rink and their reward might be a league game at 11pm, sometimes on a Sunday night, sometimes far away.

The annual Eindhoven tournament in the Netherlands brings its own hardships, as Khullar remembers: “We were sleeping on the concrete floor of the sports hall and there was great competition for the ‘goal hammock’. It’s not always glamorous. But from the moment I started playing ice hockey it was all I imagined it to be – and more.”