Celebrating the impact and achievements of our outstanding community.

Game-changers. Disruptors. Problem-solvers. Every year, the Alumni Awards highlight and honour members of the global Imperial alumni community who have made extraordinary impact. “These are the people who have the courage to take risks, who lead change, who collaborate to make our world better,” says Nicola Pogson, Director of Alumni Relations.

For instance, Dr Reeba Oliver (PhD Medicine 2009) is one of seven winners of the Emerging Alumni Leader Award. She established the UK’s first walk-in clinic for victims of female genital mutilation as well as a clinic in London for people who are homeless. And her fellow winner, Dr Harsh Pershad (Chemistry 1996, MBA 2014) combines his expertise in energy innovation with his passion for change and encouraging LGBT+ visibility in the workplace.

The awards also honour those who have spent a lifetime contributing to their area of research or industry. Dr 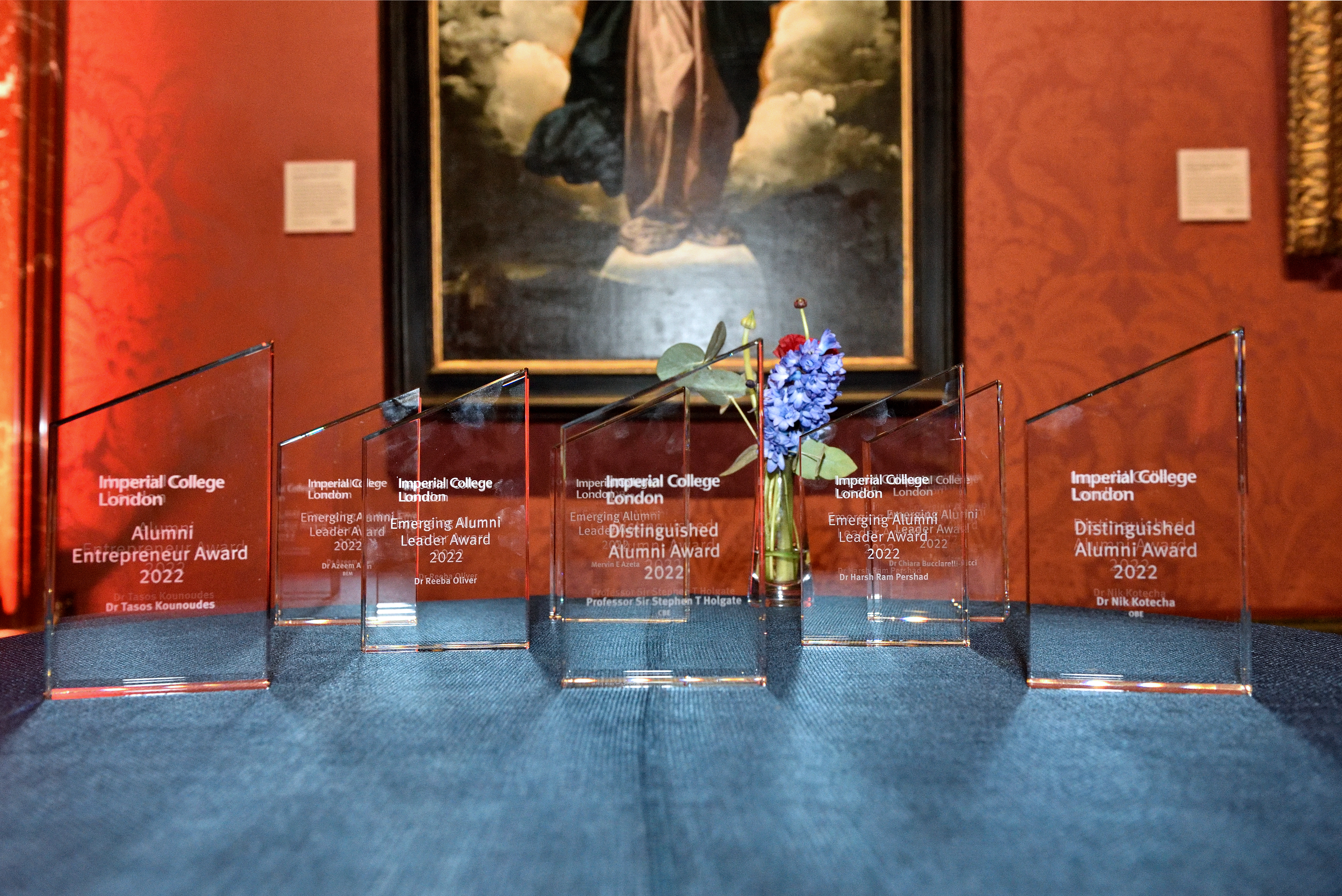 And the Entrepreneur Award recognises innovative and creative alumni entrepreneurs who can demonstrate commercial success, growth and impact. As featured in ‘Imperial Innovates’, winner Dr Tasos Kounoudes (PhD Electrical and Electronic Engineering 2000) founded one of the first R&D tech companies in Cyprus, the award-winning SignalGeneriX. “Education doesn’t finish at university,” he points out. “It’s a lifetime experience. The technology sector is fast-paced, so you have to continuously learn new things and be at the cutting-edge.”

The 2022 winners received their awards during the Annual Alumni Celebration event at the National Gallery in March. Watch the video at imperial.ac.uk/alumni/alumni-awards