Our Imperial / The final frontier

One small step... Meet the Imperial graduates who have broadened their horizons to take on roles that are truly out of this world. 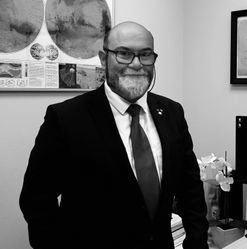 By the time I was nine I was regularly sneaking out at three in the morning to look at the comets and meteor showers through a telescope I had persuaded my parents to buy me. So when I arrived at Imperial, the first thing I looked for was the Astronomical Society. I was very disappointed when I couldn’t find one! But then I discovered ICSEDS (now known as Imperial College Space Society), and got involved with businesses that were working on horizontal take-off and landing (HOTOL) spacecraft. I eventually took over running the society and slowly
moved my orientation from the theoretical physics of astronomy to the engineering element of space science.

You started BizNet at Virgin in the UK when you were very young, and then you decided to go home to Cyprus. Why?

I came to Imperial hoping to improve my creativity, and my time there taught me how to think and how to solve problems I hadn’t expected. I was one of the very first employees at VirginNet. It was an exciting time in my field, where we were working on brand new vector methods of compressing images to push them down modem lines. I got a great opportunity through the Virgin incubator to found Virgin BizNet to offer the internet not just to home consumers but business-to-business. It was a perfect startup with a quick and very profitable exit in under three years. At the time, Virgin didn’t do space, so I went travelling and realised I wanted to go home and do something for society and humanity.

Why did you want to put Cyprus on the space industry map?

We all live under the same sky and the lessons from space are so important for our world. What can what happened to Mars and Venus teach us about climate change? Can we correlate the data to understand the weather in space and how solar winds work? I brought together scientists from all over the world to solve these huge problems and also educate and engage the young people. And the weather’s very nice here!

In 1999, aged 27, George Danos founded Virgin BizNet, one of Virgin Group’s most financially successful business ventures. In 2012, he founded the Cyprus Space Exploration Organisation (CSEO). Today he is Vice-Chair for Innovation of the International Committee on Space Research (COSPAR). 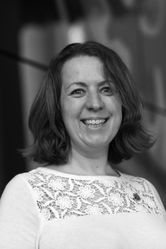 What influence has your time at Imperial had on your career?

As a 17 year old still at school I applied for a work shadowing placement at NASA. I didn’t even expect a reply but I got the place. As I sat in Mission Control I knew this was it – I knew I wanted to be the director of a space flight. When I started my physics degree I signed up for every single space option, which led to a very uncomfortable finals, with papers back-to-back. Midway through my first year I knew I wasn’t going to be a scientist. I admire their single-mindedness and dedication but I enjoy the top-level view. So I took a three year BSc and went to Cranfield for a Master’s in Astronautics and Space Engineering.

Did you regret not reading engineering as an undergraduate?

At school, my classmates didn’t see physics as ‘cool’, but I loved it. When I got to Imperial I found fantastic female role models, like Michele Dougherty, Professor of Space Science. I even resurrected PhysSoc, the Physics Society. Nowadays, my physics degree from Imperial stands me in very good stead in my job in the civil service, but I probably should have studied engineering. The underlying fascination for me has always been problem solving, pushing the boundaries.

What does your job at the UK Space Agency involve and what advice would you give to someone wanting to work in space science?

I oversee the UK’s science activities in the exploration endeavours in space. That means making sure we get the best value for money. I have already achieved my dream of being a flight director – I never wanted to be the astronaut. They take all the risks, get on the rocket and are highly skilled. But I wanted to be the person in Mission Control telling them what to do. There are so many different ways into working in space science, and so many different roles. My only advice would be believe in yourself and don’t let anyone tell you you can’t do it! 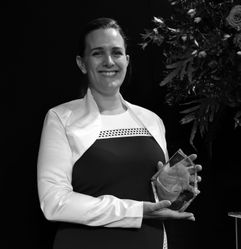 Many children dream of being astronauts – did you have a dream job?

I didn’t expect to command a spacecraft camera taking pictures of Mars! But I did imagine myself in a dark room with other scientists as we looked at pictures of planets no-one had ever seen before. And that is exactly what happened when I was on the New Horizon’s team as a comparative planetologist and impact cratering specialist. Being in the room for the spacecraft’s encounter with Pluto allowed me to fulfil my lifetime’s ambition by the age of 34.

Have you always been fascinated by space?

In my office I have a picture of me on my sixth birthday with my present – The Usborne First Guide to the Universe. At the time, the Voyager 2 mission was sending back to Earth pictures of Uranus, and later Neptune. I wanted to know why one planet looked green in colour and the other blue. When we saw the first images of Pluto from the New Horizons mission, I had the same questions as my six-year-old self. What, where, why, how? I wasn’t expecting the surface of Pluto to be so interesting geologically.

What was the first space project you worked on?

As part of my PhD, my mentor at Imperial, Professor Gareth Collins, arranged for me to work for a year on the Cassini Mission to Saturn at the Lunar Planetary Lab in Arizona. I was 25 years old and knew no-one, but it was the beginning of an amazing time, during which I met many of the major players in space science. My PhD room at Imperial was in the Royal School of Mines, with a very international group. We used to cook different dishes from our home countries pot-luck and being English I felt quite boring. When I got back from Arizona, I had a lot more interesting things to talk about.

Dr Veronica Bray Durfey has been a science team member since 2008, and a spacecraft operations engineer since 2011, of NASA’s High Resolution Imaging Experiment (HiRISE). She is also a member of the science teams for the Lunar Reconnaissance Orbiter Camera (LROC), and New Horizons mission to Pluto. She was joint winner of Imperial’s Emerging Alumni Leaders Award in 2020.