When it comes to the fledgling Dog Society, members make sure every dog has his (or her) day.

When second year Medical Biosciences student Harry Brackley goes back home to Ashford in Kent, there are two members of the family who are especially pleased to see him. “My dogs are always very excited when I get back. They’re not really supposed to jump up, but I always let them,” he says. “My mum thinks it’s really them I come home to see – not her!”

My mum thinks it’s really my dogs that I come home to see – not her!

Brackley misses his four-legged pals – Pepper, a Goldendoodle and Wilf, a Bedlington Whippet – enormously when he is away at university. Like all doglovers, he knows there’s nothing quite like the company of an excitable pooch to boost your mood. That’s why last year he responded to a call from soon-tobe Society President, Balhaar Singh Bhamra (Planetary Science, Second Year), to set up the Imperial Dog Society, offering students a bit of canine comfort. The Society hosts regular dog walking sessions, matching students with local dogs as a way of both giving back to the community and helping with the stresses of university life. “You’re getting some exercise and fresh air – and you also get those endorphins from stroking a dog and seeing it running about.” Of course, it’s not just students who benefit, but local dog owners too, who get someone to walk their pet – a genuine service to the local community. “Quite a few of the dogs that we walk are ones that owners got in lockdown,” says Brackley, the society’s Vice-President. “Some work from home and need someone to give the dog an extra walk during the day.” 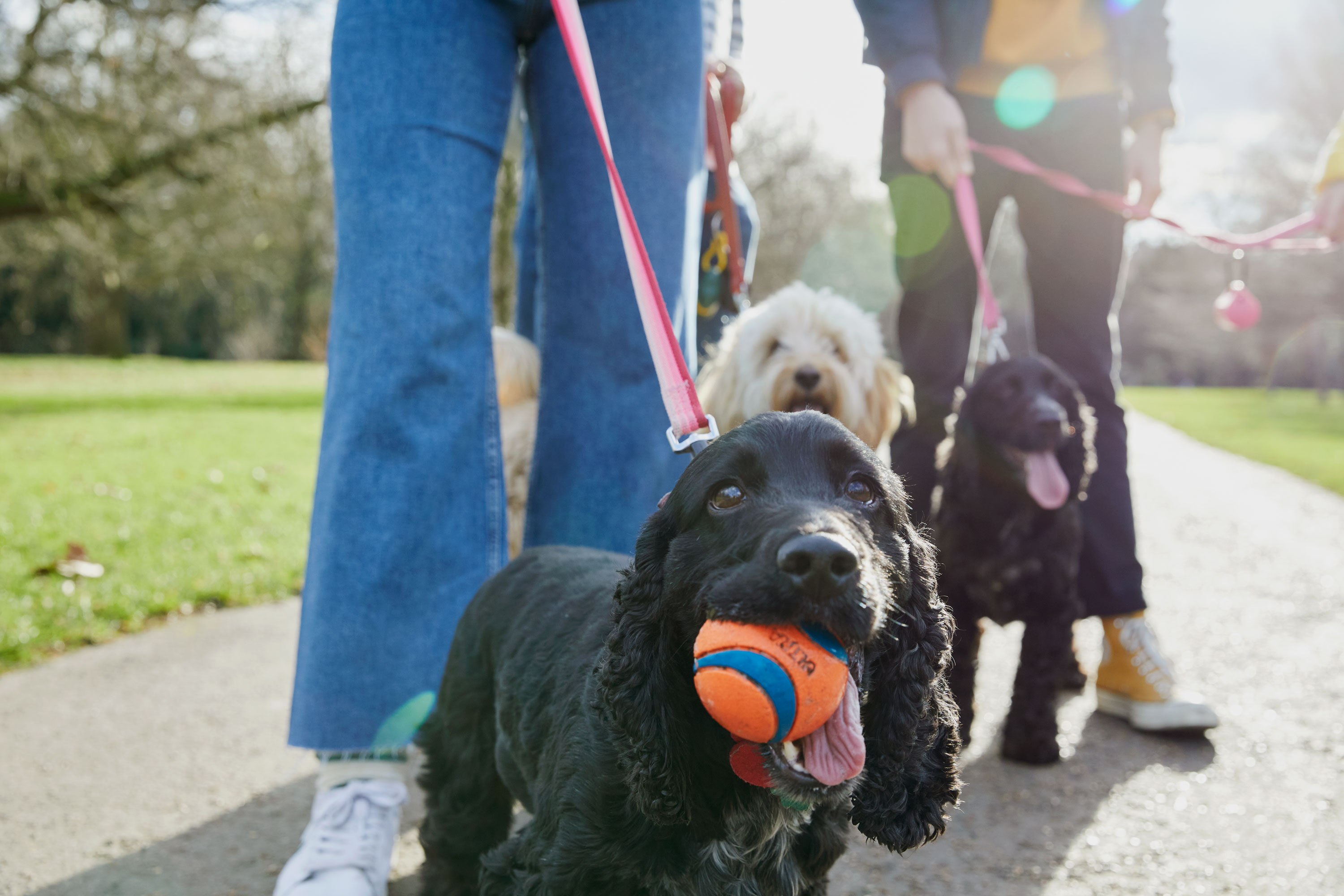 Dogs are walked by groups of four or five students, with each group walking the same dog each time, so they can build a connection. “Members get the chance to meet with different people who may not be in their usual social circle,” says Brackley. The dogs themselves are a diverse bunch too. “There’s Barney, a Cockapoo, who is very sweet and loves having strokes. Zeus is an older dog who’s quite stubborn. He likes sniffing everywhere and going at his own pace. He’s very much in charge of the walk. And we had two cheeky cocker spaniels, Tootsie and Trixie, but we were devastated to hear that Tootsie passed away recently. She’ll be sorely missed.”

The society now has more than 500 members, about 130 of which are fully trained – any member that wants to walk a dog must complete a training programme. As yet, there are not enough dogs on board for everyone to regularly walk one. They hope for more soon, but are also keen to build the Society carefully and establish trust with the local community. “I’ve been running around London, meeting different owners and telling them about what we do,” says Brackley. “We want to show that we are responsible and not just a load of random students.” Owners fill out consent forms with information on their dog’s temperament and behaviour, as well as details of their vet and insurance. 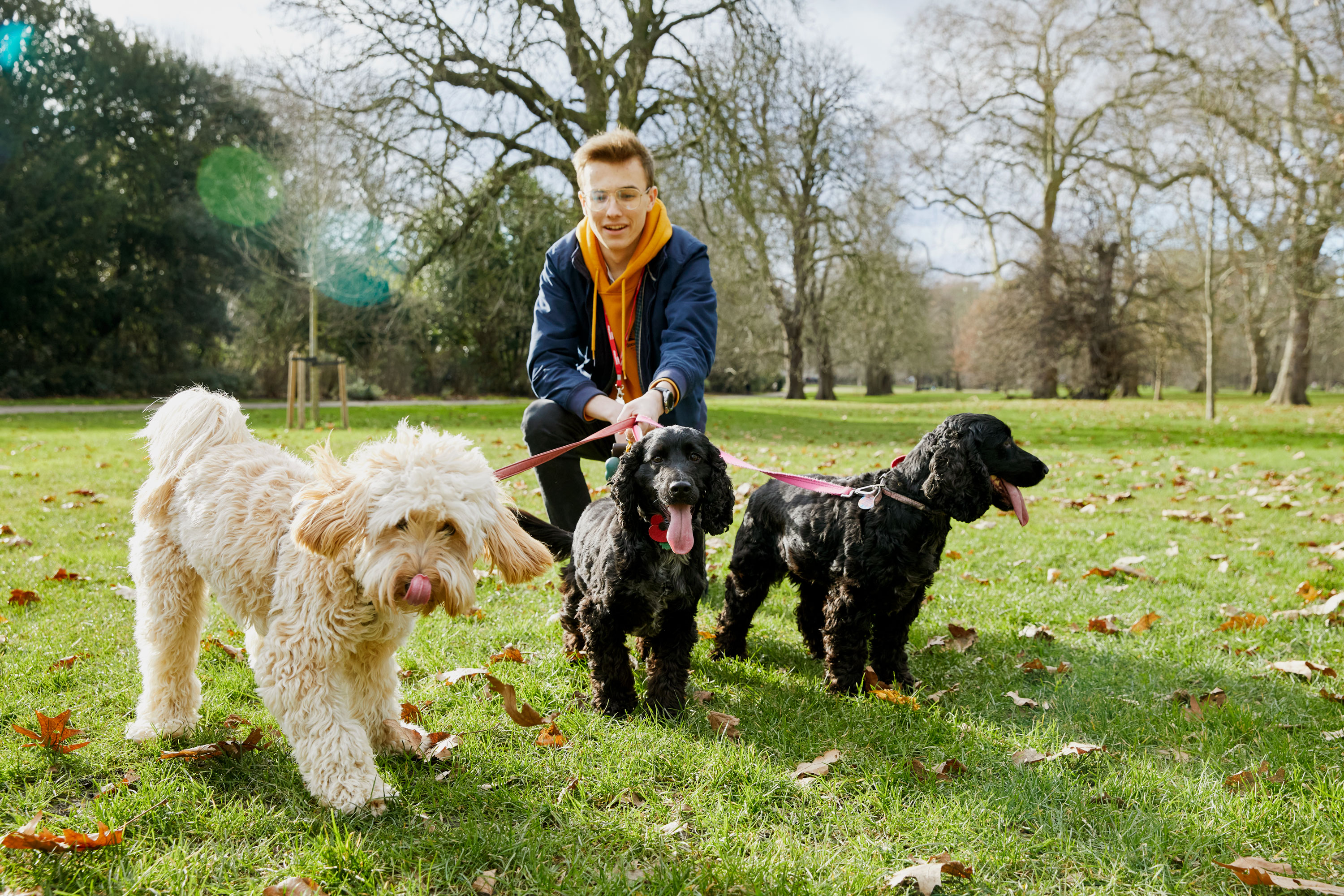 Once more established, they hope to volunteer with animal charities such as Battersea Dog’s Home and The Cinnamon Trust, a charity that provides support for elderly and terminally ill pet owners. “We also want to have welfare days when we bring dogs onto campus so more of our members can come and say hello to them and enjoy the benefits of being around dogs.”

He hopes spending even a short time around a dog can improve the wellbeing of their members – and help those missing their own pets. “Although I feel like mine would be very annoyed if they realised I was spending so much time with other dogs!”