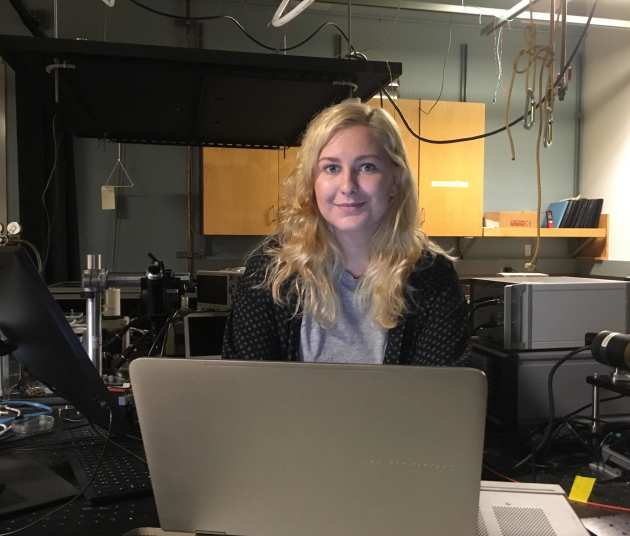 As part of the IROP exchange scheme, I took part in a research project at the University of British Columbia during the summer of 2019. I worked within the Stewart Blusson Quantum Matter Institute, located on the university’s Vancouver campus. My project was purely computational and aimed to produce Python software which would allow time-correlated measurements of single photon sources in order to determine their lifetime.

I was asked to write code for a piece of software that could control all of the necessary hardware (including a laser and single photon detector) needed for time-correlated measurements. Alongside this, I also developed a graphical user interface (GUI) for easy operation of equipment and measurements. This was something that I had no experience in before, and although it was a steep learning curve, I really enjoyed the process. At the end of the project I had produced a GUI that had complete control over all inputs and settings of measurements. The user was able to initialise devices and then set the parameters of a scanning measurement, which when done, would graphically display the results in the user interface.

Unfortunately, I did not have enough time to have a real-time way of displaying the measurement data which would have been very useful, but I’m still really happy with my results and feel like I have definitely learned a lot from the experience. It has also reassured me that continuing with a PhD after my studies is something that I would thoroughly enjoy, and even (potentially) that I want to do it in a similar research field to my summer project.

The opportunity to stay in Vancouver for just under two months was also truly amazing. I was able to meet people, both from UBC and Imperial, that I would have otherwise not had the opportunity to. It was also great to be able to make research contacts in a completely different country. The research group I was in is doing similar work to the MSci project that I’m doing this year, so the contacts I’ve made may become useful even sooner than I thought! The city itself was also amazing and I have definitely become noticeably fitter than when I went after doing so much hiking. We were able to experience some truly unique nature and see views that were unforgettable. The city also has an amazing car sharing service and I was able to easily drive around Vancouver, which was a bit scary as they drive on the other side! The food was also incredible — especially being a vegetarian — with the Beyond Meat burgers definitely being a highlight of the experience.

"..I have definitely learned a lot from the experience... The opportunity to stay in Vancouver for just under two months was also truly amazing. I was able to meet people, both from UBC and Imperial, that I would have otherwise not had the opportunity to. "