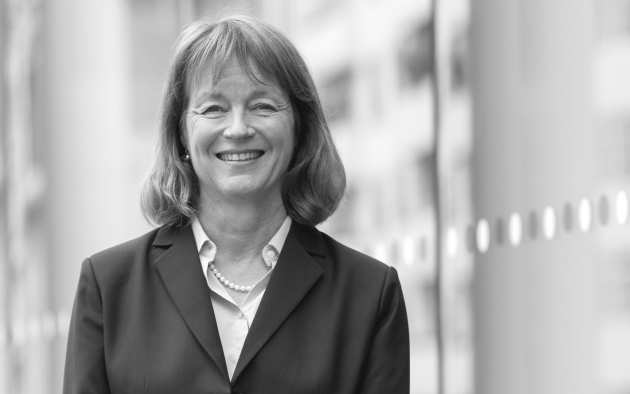 In this bicentennial anniversary of Queen Victoria and the Prince Consort’s birth, we have a wonderful opportunity to celebrate their contributions to our heritage.

The Imperial Festival this year will take place as part of The Great Exhibition Road Festival, a three-day celebration during the last weekend in June. It coincides with Alumni Weekend, and we invite friends and alumni to join us.

It was Prince Albert’s vision and wisdom that led to our great university. As you read about the wonders of quantum technology or the modern day race to eliminate or mitigate malaria in this issue, you can imagine how pleased he would be.

I think Prince Albert’s legacy gave us three three things: the land that became our wonderful campus; the encouragement to work across disciplines and across nations; and the great example of philanthropy that is so important to Imperial today.

After the historic 1851 Great Exhibition, The Royal Commission had a surplus of about £200,000. According to a memorandum signed by the Prince, £50,000 of the surplus was to support the purchase of “25 to 30 acres of land ... called Kensington Gore”. Albert said: “I would buy that ground and place on it four institutions, corresponding to... Raw Material, Machinery, Manufactures and Plastic Art. I would devote these institutions to the furtherance of the industrial pursuits of all Nations in these four divisions.”

I think that Imperial has fulfilled, and perhaps exceeded his vision. We arguably have done some of the best academic work in these areas and more. This started with the 1845 creation of the Royal College of Chemistry (RCC). The threads of Imperial are interwoven by the RCC merger with the Royal School of Mines and the move to South Kensington in 1872. The addition of the Royal College of Science (RCS) and the Central Institution (later called City and Guilds College) provided the foundation.

"His legacy gave us three things - land, the encouragement to work across disciplines and a great example of philanthropy"

We signed the Charter combining these institutions into Imperial in 1907, and added Medicine in 1997 to fulfil an important national need. It is fitting that our first academic building in White City is the Molecular Sciences Research Hub, a direct descendent of the RCC and Central Institution.

We have since built 2.5 million square feet of research and teaching space on 14.5 acres from the Royal Commission purchase. We now have a university of 17,000 students and 8,000 staff, and our turnover is slightly more than £1 billion. This is quite a legacy from Prince Albert’s vision and investment of £50,000.

Prince Albert proposed that this land and the institutions he foresaw should be interdisciplinary and international. He said: “We should ensure that … the different industrial pursuits of mankind, Arts and Sciences should not again relapse into a state of comparative isolation from each other... and that the different nations would remain in that immediate relation of mutual assistance by which these pursuits are incalculably advanced...”

Today, Imperial is recognised as the most innovative university in the UK with multitudes of crossdisciplinary research and teaching programmes. Our most recent efforts in bioengineering and design engineering bring this crossfertilisation to the forefront.

We are also the UK’s most international university, with students and staff from 130 countries and research collaborations with around 190 other countries. I thank Prince Albert for paving the way for such openness, and his ingenious approach to financing the exhibition. He raised donations from notable figures and from everyday people. The Royal Commission oversaw the establishment of more than 300 local committees which gathered subscriptions from their regions.

This legacy of philanthropy at all levels is a critical element of our progress. Today we are very grateful to our donors who are following in Albert’s footsteps. We owe a lot to the courage and foresight that the Prince Consort brought to the huge undertaking of the Great Exhibition, and the legacy he left for us.