I’ll see you on court 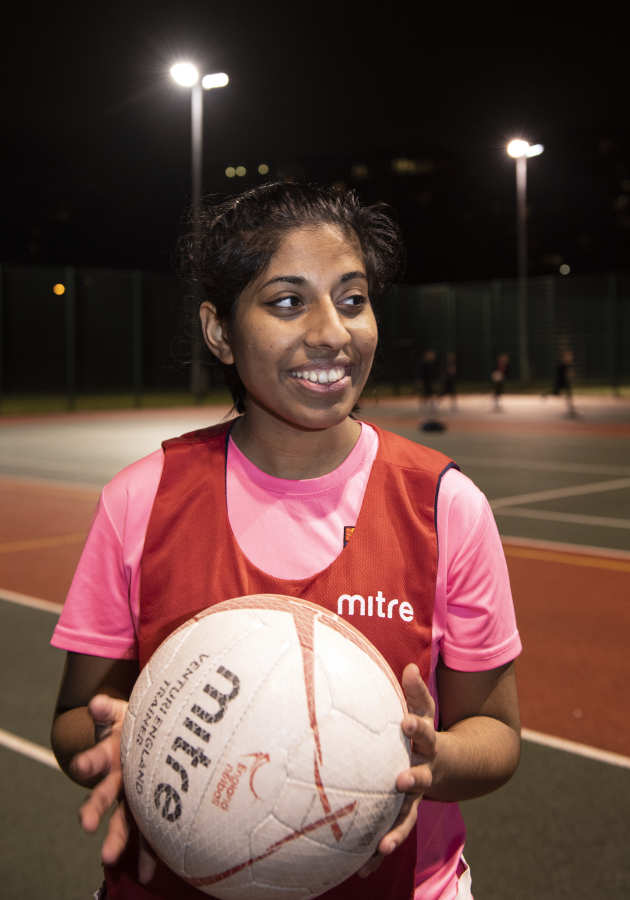 My Thursday practice nights at the Millennium Arena in Battersea Park are the highlight of my week. It may be dark, cold and wet in the winter, but there’s a special feeling when you play under floodlights, a different sound and feel. And the games are so fast-paced you don’t have the chance to think about anything other than the ball and your team-mates, so it’s also a great escape.

We have games on Mondays, but because it’s hard to  get the same courts in London each week, our home grounds vary considerably, so the arena is our netball home.

We’re the largest all-female club at Imperial, and it’s great to have a group of people who are all equally passionate about the sport.

Having said that, the social aspect is really important too – you always need other women to turn to and we’re a minority at Imperial. I’ve met such a great bunch of people since joining netball, and I was thrilled to be given the ‘most valuable player’ award last year.

I’ve had plenty of ups and downs on court already. Our striped faces for the Varsity game stands out but, although it sounds odd, my proudest moment came when we were pretty well beaten at a game in Potters Bar.

We were two players short, but those of us there really rallied together and I think we all raised our game massively. That strength in adversity is the sort of thing netball teaches you.

All in all, we have about 70 members across three competitive teams that take part in both the London Universities Sport Leagues (LUSL) and the British Universities and Colleges Sport, as well as two social teams that just do LUSL.

I’m captain of one of those: we’re still competitive and train hard, but we have matches once a week rather than twice, so it’s slightly more relaxed.

The atmosphere is always sociable. As captain, I try to arrange a team dinner about once every three weeks when all the different years come together – but it’s always a special thrill when we start throwing the balls about at the arena, particularly at the end of the second term when we actually get to train in the light!