How quantum entangled the world

The quantum world has arrived with an infinitesimally tiny bang – and a huge impact. 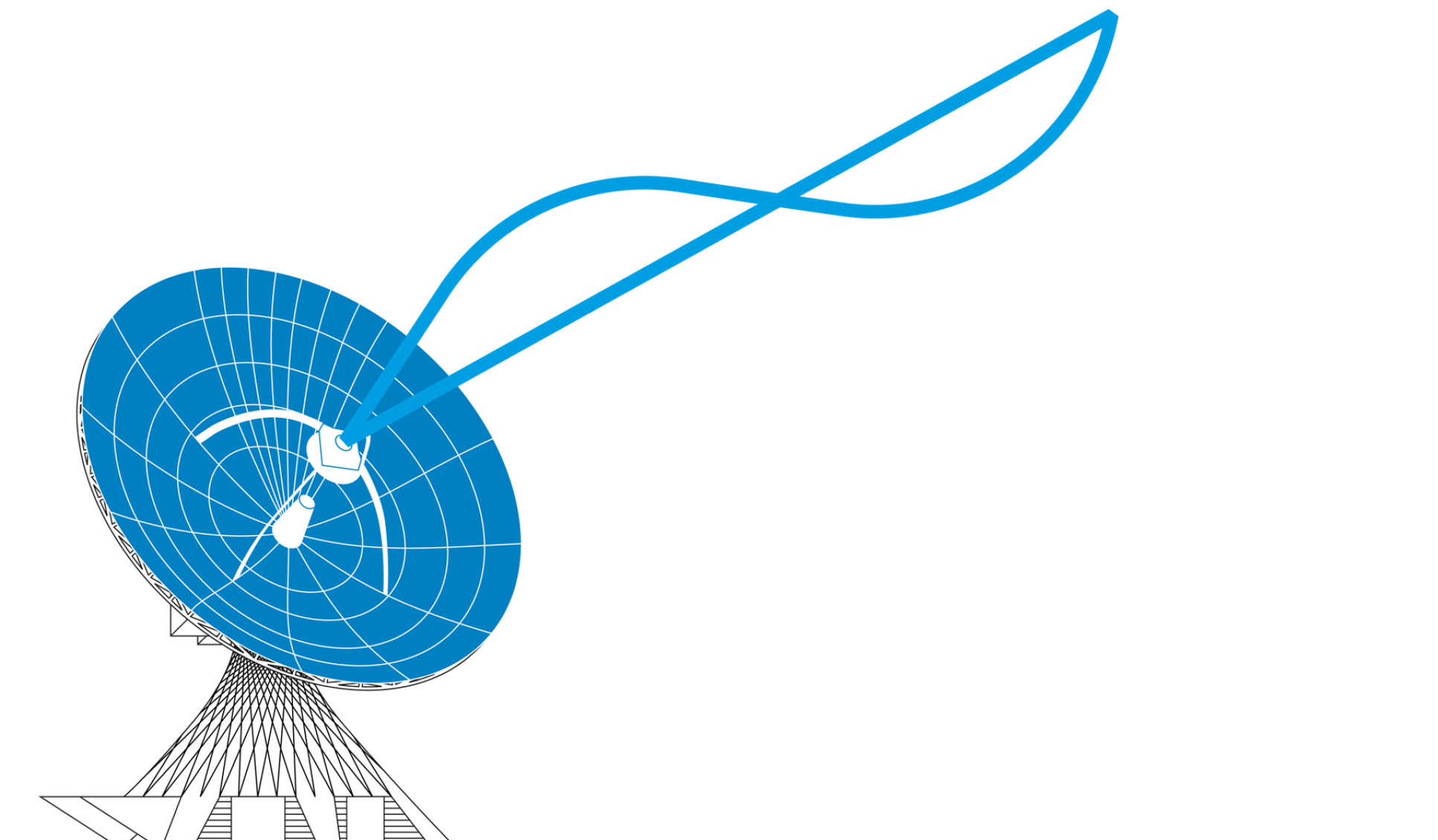 Myths about quantum technology abound: it will revolutionise computing; it will enable communication faster than the speed of light; it will make the most powerful AI ever seen; or even, it is so complex it’s beyond our understanding.

Thankfully we can understand it – without that knowledge we wouldn’t have smartphones, lasers, GPS or MRI scanners – but as with everything within the quantum world, the unexpected is never far away. However, although the rules of quantum mechanics ultimately govern the behaviour of all matter and energy, it’s often only in rather special and extreme laboratory environments
– such as ultra-low temperatures – that its true potential is revealed.

If you send information using quantum rules, that information can't be intercepted without the tampering being detectable. That's a massive opportunity if you have sensitive information that you want to transfer"

Quantum technologies are now one of the most rapidly growing areas of applied physics, producing high-precision means of measurement and sensing, tamper-proof data encryption, superfast computing and more.

Quantum technologies, says Imperial Provost and optical physicist Professor Ian Walmsley (Physics 1980), are being used for sensing and metrology, information technology, telecommunications and the computational simulation of complex physical systems. “The promise of this area is the ability to do tasks that you couldn’t do in any other way,” he says.

It was way back in the early 1900s that Albert Einstein kicked off the field of quantum physics, by developing a ‘quantum’ description of light. He suggested that light – thought previously to be a wave – can behave as a stream of discrete energy packets or ‘quanta’, called photons. This discreteness of states – they can be this or that, but nothing in between – is one of the hallmarks of objects governed by quantum mechanics.

Information can be encoded into such states just as it can be represented by the discrete binary digits 1 and 0 in conventional computers. But what makes quantum objects different is that they can be placed in so-called superpositions of such states, so that a measurement of the state can elicit either a 1 or a 0, or can see wavelike interference between them. And these quantum states
can be ‘entangled’ (meaning that they are interdependent), creating new possibilities for manipulating data.

Quantum superpositions and entanglement are central to quantum information technologies such as quantum computers.

“The race is on internationally to make a quantum computer,” says Walmsley, “and the UK is in a good position thanks to its strong history in this field.” Already, prototype devices have been made by giant companies such as IBM and Google, but these are not yet commercially available. In principle, it should be possible to  make an all-optical quantum computer, but Walmsley thinks that a more near-term use of light could be to ‘wire together’ small units that contain quantum bits (qubits) made from other components.

“Say you have some small system of a few qubits,” he says. “In order to scale that up, you have to connect those nodes together, and for many architectures an obvious way to do that is with light.”

This is the approach being taken in the Hub for Networked Quantum Information Technologies, centred at Oxford University and directed by Walmsley, which aims to build the core systems of a quantum computer. And some countries are already exploiting the potential of optical devices such as lasers, to encode photons and manipulate information according to quantum rules.

The result is quantum-enabled, long-distance telecommunications optical networks: a quantum internet. Optical signals are already used to send information over long distances down fibre-optic networks. But if this is done using quantum rules, it is possible to encrypt information in a way that can’t be intercepted and read without that tampering being detectable: the encryption is secure.

“That’s a massive opportunity if you’ve got very sensitive information that you want to transfer,” says Walmsley, who has made pioneering contributions to quantum information using light, including the first experiments – based on individual photons and photonic integrated circuits – on an algorithm that can deliver a quantum advantage with a relatively small number of resources.

China has a link between Beijing and Shanghai, and has also demonstrated the use of satellites to send quantum-encrypted data across continents. Walmsley says that the UK is also getting close to having  a terrestrial network with this capability. “In the next five years, we’ll see real quantum communications systems starting to be deployed,” he says.

It’s no simple matter to make those interconnections, though: they require a good theoretical description of what happens at the interfaces. This is among the problems that Imperial physicist Professor Myungshik Kim is exploring. He is also attacking one of the biggest challenges for quantum computing: developing new algorithms that can solve useful problems.

Walk in the light

One such class of algorithms makes use of a so-called quantum random walk for carrying out database searches. Conventional search engines like Google use ‘classical’ random walks, where the search just wanders at random (but very quickly) from one item to the next. But quantum random walks could search much faster, says Kim, because they can exploit interference between different paths to extend the range of the search. “In a given time, a quantum walker can go to much wider places with equal probability.”

This system would then act as a kind of analog computer: the output could encode the answer to a search problem encoded in the inputs. Random walks can also be used to simulate complex phenomena such as financial markets, says Kim – and quantum versions could supply faster answers.

Quantum information theorist Dr Mario Berta is developing some of the theory needed to bridge the gap between ‘ideal’ schemes for quantum communications and the practical realities of real devices, principally through the potential of quantum cryptography.

“Our community recently started taking the experimental limitations into account and studying what is possible under these constraints. This is crucial to make quantum technologies a practical reality.”

The advantage of quantum cryptography is that it allows the completion of various cryptographic tasks that are presumed to be impossible using only classical communication. For example, he has studied how much information a transmission channel can actually carry if, like all real-world devices, it experiences some random noise in the signal. He has also worked on the theory of a ‘quantum-enhanced’ radar, in which the signal radar beam would be entangled with a reference beam to increase its sensitivity.

Even if the entanglement is totally destroyed by a noisy environment, says Berta, “there is still a quantum advantage, which makes the method more robust to practical environments than some other quantum technologies”.

Quantum superpositions and entangled states are generally rather fragile, being easily disturbed or destroyed when they ‘feel’ and interact with their environment. That’s a nuisance for quantum information technologies – but it can be turned to an advantage in sensing technologies, where detecting and measuring the environment  is the whole point. Superposition, for example, relies on the fact that quantum objects have a wave-like character, and can therefore interfere with one another, in a way that is highly sensitive to the environment.

Ed Hinds, Director of Imperial’s Centre for Cold Matter, and his team have developed a quantum accelerometer that works by measuring interference like this in a cloud of ultra-cold atoms of rubidium cooled to just a few thousandths of a degree above absolute zero. At those low temperatures, explains research associate Joseph Cotter, the atoms reveal their quantum-mechanical wave-like nature. The researchers use pulses of light to split and then recombine the clouds, whereupon the phase of the waves may be sensitive to the local acceleration of the device and interference can result.

Accelerometers are crucial for navigation systems such as GPS. The advantage of the quantum device over conventional accelerometers, says Cotter, is that “atoms are all identical and don’t change over time” – so there’s far less ‘drift’ in the output of the device, which would demand periodic recalibration with some external reference signal, for example from GPS.

As a result, the quantum accelerometer is self-contained. The prototype isn’t yet small enough to be incorporated into hand-held devices, but the team is looking into commercialisation. Cotter says that quantum sensors like this might also be used for fundamental physics; for example, to detect gravitational waves or search for the elusive stuff called dark energy.

So, while quantum physics has a reputation for being elusive, its continuing emergence could transform our lives in ways that we might not see, but will definitely feel.

The importance of quantum technology is reflected in the establishment, five years ago, of a high-profile UK initiative called the National Quantum Technologies Programme (NQTP), which brings together academia, industry and government.

The scheme began in earnest in 2013 when the government pledged £270 million of funding; contributions from other sources have now swelled this to £400 million at the end of the first five-year phase.

Sir Peter Knight, Emeritus Professor of Physics at Imperial, was one of the prime movers of the project. Its purpose, he says, “was to build on the excellent science base in the UK and to convert  it into technologies” – to which end the NQTP has established four research hubs at universities throughout the country.

The NQTP is developing a broad spectrum of quantum technologies, says Knight. For example, it  uses quantum physics to make high-precision clocks that can be housed directly on silicon-chip circuits.

And the rules of quantum mechanics permit new ways of encoding, storing, transmitting and manipulating data for information and communication technologies – most notably, quantum computers, which can potentially do some calculations much faster than even the best of today’s ‘classical’ computers. It might have a big impact on fields as diverse as healthcare, oil exploration, artificial intelligence and financial markets.

The second five-year phase of the project is about to start from autumn of this year,  with a similar level of funding as before: around £100 million per annum. It will include a new hub, the National Centre for Quantum Computing, at an institution yet to be disclosed. “Imperial was at the forefront of creating this field,” says Knight, and he anticipates its close involvement as the field unfolds further.